I’ve spent a lot of hours and ridden a lot of k’s alongside the river. For the most part, it’s all good. The biggest bonus of any river path around Seoul is of course the lack of motorized vehicular traffic and intersections. The Anyangchon path is ace in this respect. On my longest ride, we covered an estimated 75kms in a roundtrip, and didn’t have to worry about red lights and road crossings once.
On a negative side, it’s predictably busy. Tons of bikes, which is ok, but also masses of slowly moving ajummas, often with shitey little dogs. The worst thing about the ajummas is that their hearing seems to be tuned in such a way that no bike bell or horn ever registers within their ocular range. For real; these women will not alter their course for anything. Unless of course, to suddenly veer to one side to chase the little yapping rat that accompanies them. Dad was quick to notice this tendency; and he went on a grand total of one ride whilst in Seoul.
There are some other negatives. All too often a hideous stench arises from stormwater outlets, which particularly in summer get pretty ripe. And there are sections of the path- notably around Indeogwon- that are similarly offensive in an olfactory fashion due to the amount of heavy industry along the more isolated areas of the river.
You’ll also often encounter construction taking place to upgrade the paths, which can on occasion force you to backtrack considerably until you can find a place to cross the river and continue along the other bank.
Negatives aside though, this area has provided far and away my most enjoyable cycling experiences in Seoul. From Pyeonchon, in Anyang-si, I learned that it was possible to ride as far as the Han. This sounded like a dangerous factoid, so one fine day myself and Kevin Dean set out to disprove this theory. Some three hours later- totally ill-equipped for such a ride in 28 degree temperatures- we finally rounded a bend in the river, and there was the Han, in all its glory. Celebratory beers and a crossing of the Han into Seoul followed, and it was around 11pm that night that we finally returned to Pyeonchon. On empty stomachs we ride right into the middle of a carnival on the river’s banks, and I wore out my bell for good as we attempted to navigate through huge crowds of punters. Finally we found an eatery, and consumed three orders of galbi, followed by a cheese pizza in the park. Great day.
So, all in all, the Anyangchon path is solid. No cars is crucial in a city of 25 million, and that, combined with the ability to follow the river all the way to Seoul with no need of any other navigational devices, gain the Anyangchon path a robust 8 out of 10 from me. Happy trails. 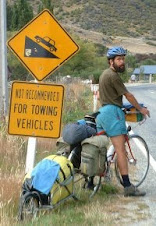 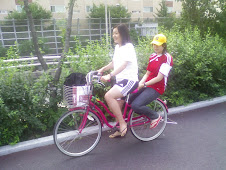 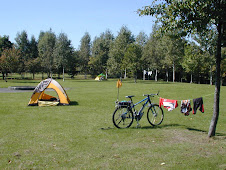 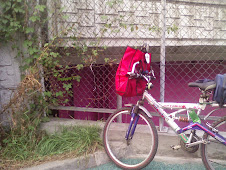 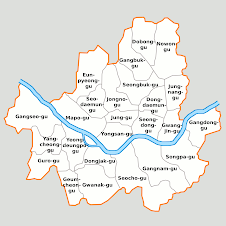 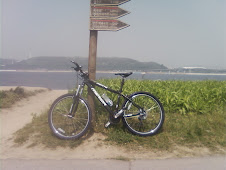